The Verge: ZTE Axon 40 Ultra’s under-display camera got it right To grossly oversimplify it, there are two challenges behind making an under-display camera (UDC): to convincingly hide the camera under the screen and to produce images that look as good as traditional selfie cameras. With its third-gen UDC on the Axon 40 Ultra, ZTE has nailed the “hide the camera” part of that challenge. As for “take good photos,” ZTE has come a long way on that since its first attempt, but there’s still work to be done.

First, some basics: this is a 16-megapixel camera residing under a 6.8-inch 2480 x 1116 OLED panel. On the back of the phone, there are three 64-megapixel cameras: a 16mm-equivalent ultrawide; a stabilized 35mm standard wide; and a stabilized 91mm telephoto lens. ZTE has made some improvements to the computational imaging algorithms for its rear camera system, but I won’t be covering that here or much else about the phone, really, aside from its most intriguing feature: the selfie camera.

If you want a much more nuanced explanation of under-display camera technology — and why it’s so difficult to develop — I highly recommend you watch my former colleague Sam Byford’s video on the subject. It puts into context just how impressive this achievement is, even for a work in progress. For one, the technology concealing the camera under the display has gotten really good. ZTE’s press release says that the screen area over the camera is integrated with the rest of the screen more smoothly in this iteration, with some tweaks to its independent pixel drive technology and how those pixels’ circuits are wired. There have also been some software updates to better synchronize the UDC’s part of the screen with the rest of the display.

You don’t need to understand any of that to recognize that ZTE has worked some magic here. The selfie camera really does disappear into the rest of the screen almost all of the time. During the time I spent setting up the phone, I truly forgot about it — maybe even the entire concept of punch-holes and notches. I guess that’s the highest compliment I can pay it: most of the time I used it, it was just a screen. You can’t say that about the under-screen camera in Samsung’s Galaxy Z Fold 3, which is always obviously there.

If I really look for it, I can see the camera when I’m using the phone. The lens is visible outside in bright light, but it’s not distracting. Indoors, if I turn the screen brightness way down, I can see it a little better, but I still have to actually look for it. Even with white screens, which challenged previous versions of the display, it’s very hard to spot. Job well done, ZTE engineers.

The camera side of the UDC has seen some image processing improvements, and in some situations, the results look good enough to pass as a standard selfie camera selfie. If you look closely, you can see some artifacts signaling that something different is going on; in some bright outdoor shots, there’s a little bit of color bleeding between my skin and the black shirt I’m wearing.

Backlighting is also very challenging for the camera. You can see lots of flare and sometimes a grid pattern across the image with the sun hitting the camera directly. ZTE relies on its image processing to sharpen selfies and clean up some of the blooming you can see in the live preview, which generally works, but it just can’t contend with direct sunlight. Video is another sore spot: the phone can’t perform all of that processing in real-time, so clips look very soft, even in good lighting. 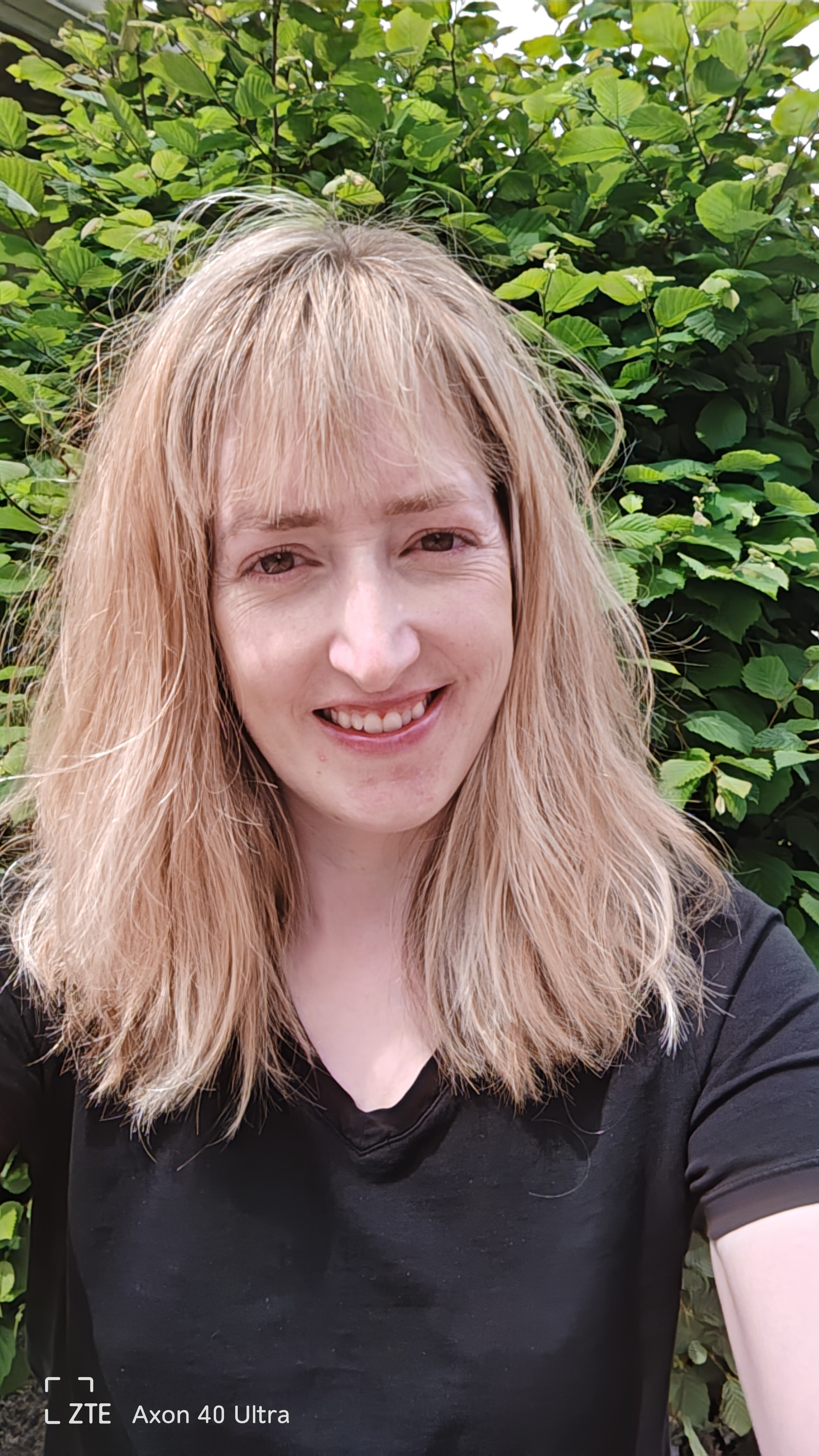 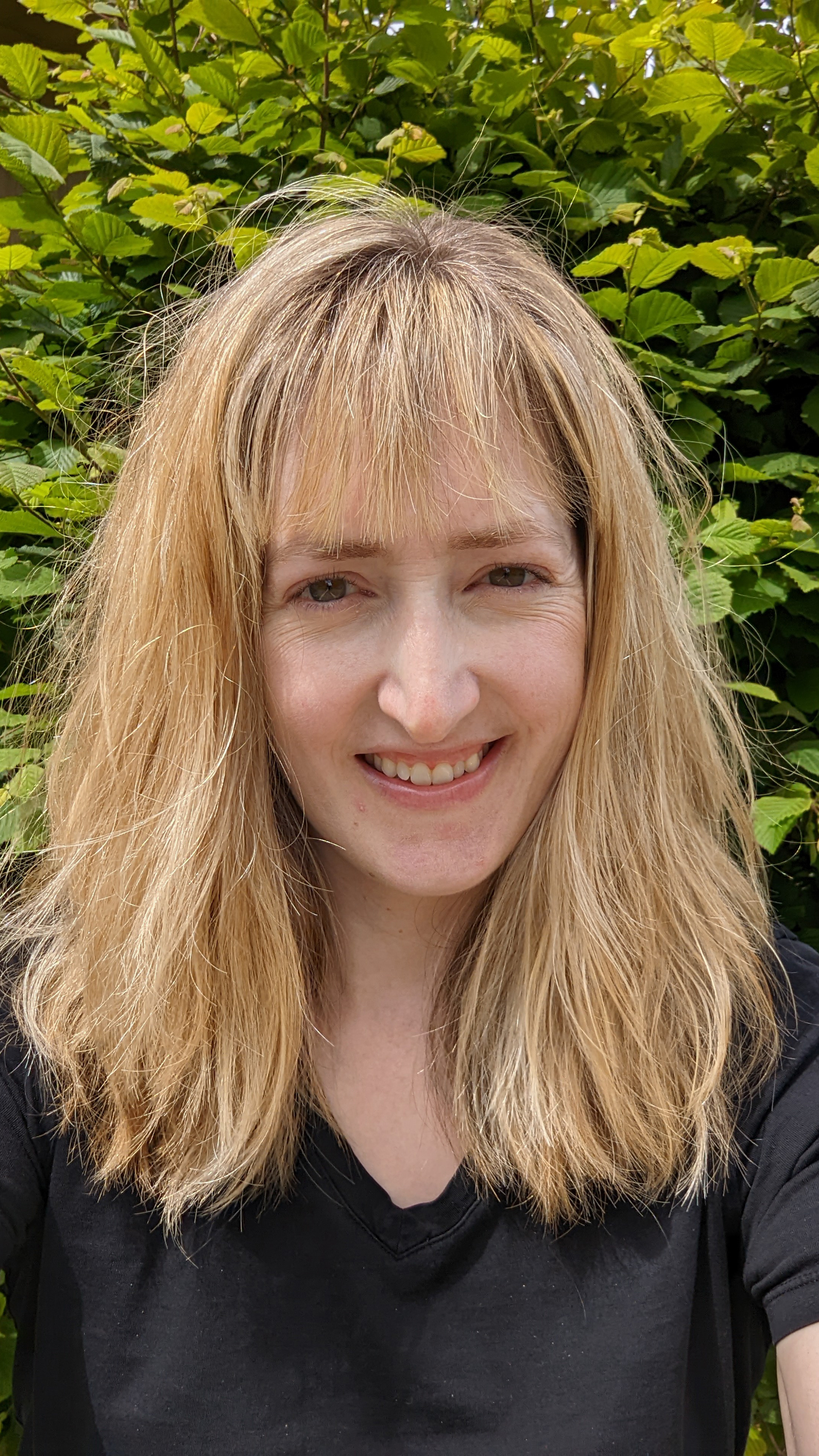 The Axon 40 Ultra selfie (left) is much softer than the Pixel 6 Pro (right).

Selfies indoors look softer than selfies from a traditional front-facing camera, but in decent lighting, they’re just regular bad — not “what the hell is going on here” bad. That’s an improvement. Light sources sometimes appear with a distracting grid pattern across them, which seems like a tough one to solve in software. In lower light conditions, images get very soft, and the on-screen flash isn’t terribly flattering.

Side by side with a standard selfie camera on a Google Pixel 6 Pro, there’s still a noticeable difference in image quality. Looking at the Axon 40 Ultra’s selfies in isolation, though, I’m not sure most people would spot that drop in image quality provided there’s no light source behind the subject or sunlight directly on the lens. With the display piece of the puzzle sorted out, maybe ZTE’s UDC tech is a couple of generations away from “good enough” for most people.

But then there’s another question to answer: do most people actually hate the notches and hole-punches on their phone displays? Or have we trained our brains to edit them out of our view when we’re looking at our phones? The best-case scenario — the one ZTE has achieved in the Axon 40 Ultra — is that an under-display camera disappears. But I think that most of us are all so used to the selfie cameras that we’ve essentially made them disappear from our conscious attention, too. Like bezels and status bars, we just stop seeing them after a while. ZTE’s engineers deserve praise for what they have achieved here, but I’m not sure that the problem they’re solving is one that bothers many people.

If notches do bother you, then the ZTE Axon 40 Ultra is on sale now in China starting at ¥4998 (about $750 USD) and will be sold in North America starting June 21st.

Photography by Allison Johnson / The Verge

Explore the Sharp Camera of the Blade V41 Vita

Capture the Warmth of Winter on Your ZTE

It can’t be ignored that this year’s winter is a little lat...

Be Part of the Game of Champions with ZTE

ZTE World Cup Event will live on 2nd of December